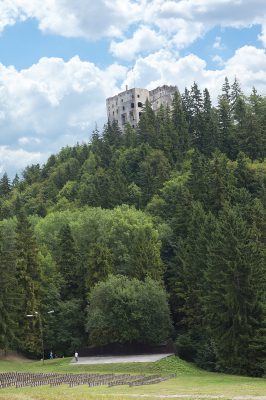 Likava castle ruins stand on one of the rocky peaks of Choč Mountains on the right bank of the river Vah. The period of construction of the castle is unclear. The main role of this castle was to protect crossing over the river Vah near the city Ružomberok and an important business journey from Považie to Orava and to Poland. The castle was relatively modest, arches were only in the cellar, the other rooms had wooden ceilings, the only luxury was glass windows, which were produced by the glassworks in the Middle Ľubochnianskej valley, which belongs to the castle.

The original castle was rebuilt in the hrad likavka panoramasecond half of the 15th century, and into northwestern part was constructed four-storey palace. In 1474, after Liptovsky castle was demolished, Likava castle became the center of large royal property in the western part of Liptov. From year 1478 this castle belonged to John, illegitimate son of King Matthias Corvinus, at the turn of the 15.and 16 century this castle belonged to Jan Zápoľský.

Tourist centre Ružomberok -Malinô Brdo, which lies above the town of Ružomberok offers visitors a wealth of sporting activities during the summer season. 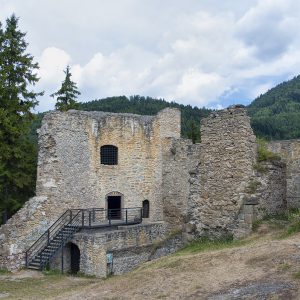 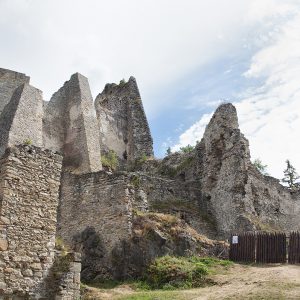 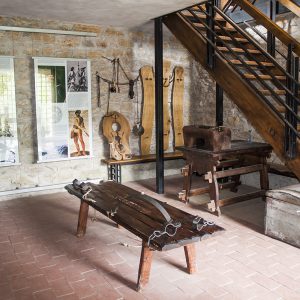 Jasna with sky slopes, a number of passengers ropeway is the biggest sky resort in Slovakia. Since 2007 has connected with southern and northern ski tow.
More info: www.jasna.sk

Other resorts in the close area